It’s crazy to think that I was just in Kona over the weekend for a quick staycation with my wife and woke up to this news this morning as we are back on Oahu.

To all of my friends and family on the Big Island, please stay safe! 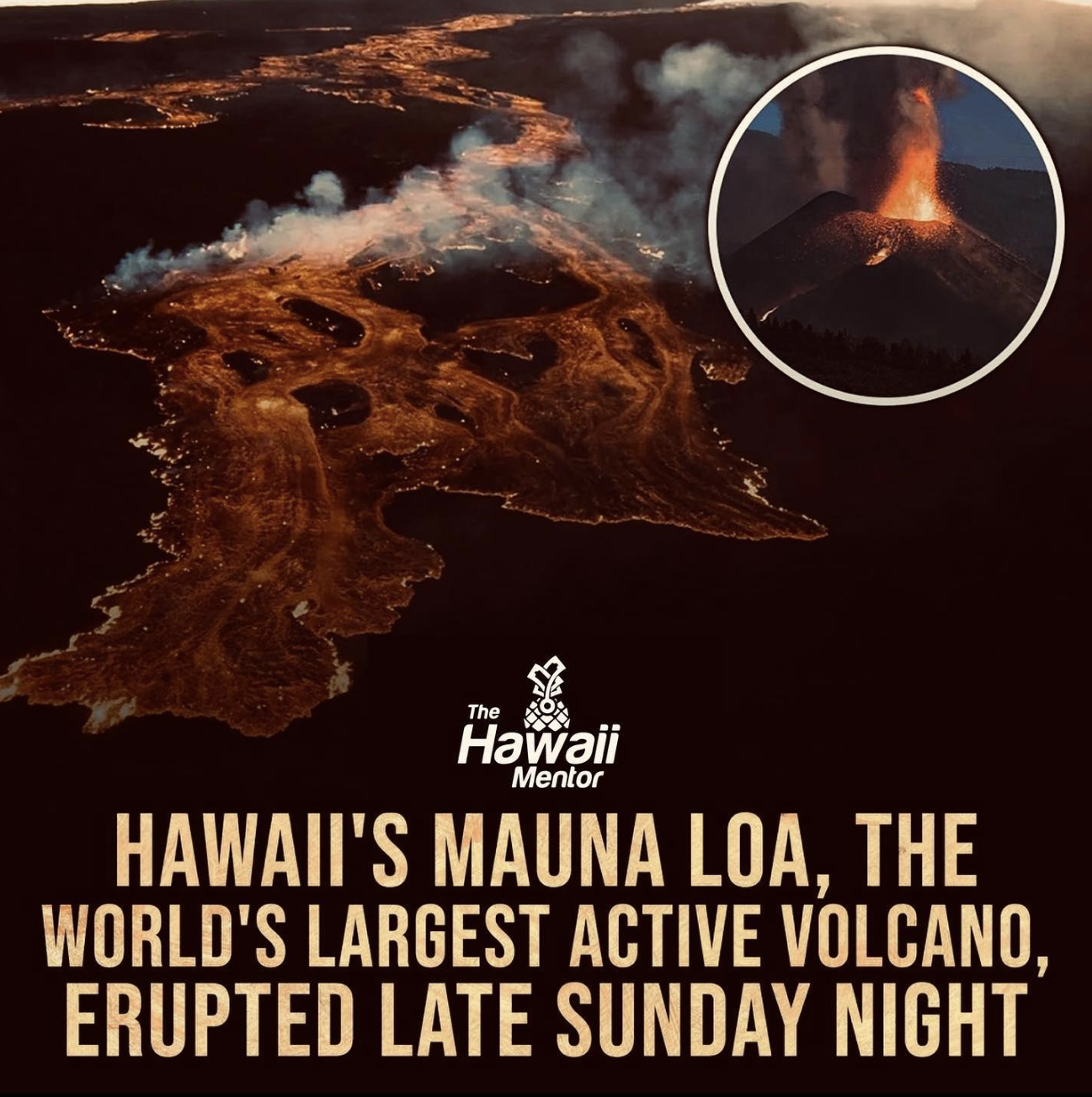 According to Hawaii Emergency Management Agency, there have been some reports of lava leaking into the southwest corner of the Mauna Loa caldera, but there are currently no signs that this poses a hazard to populated areas.

The volcano’s alert level has been upgraded from advisory to a warning, which is the highest level of alert.

Over a dozen earthquakes of more than 2.5 magnitude struck the region in the last two hours, according to the USGS, with one measuring 4.2 in magnitude.

“Based on past events, the early stages of a Mauna Loa eruption can be very dynamic and the location and advance of lava flows can change rapidly,” the USGS said in a news release.

“If the eruption remains in Moku’āweoweo, lava flows will most likely be confined within the caldera walls,” the release said. “However, if the eruptive vents migrate outside its walls, lava flows may move rapidly downslope.”

The last time Mauna Loa erupted was in March/April of 1984, sending a flow of lava within 5 miles of the city of Hilo.

The Mauna Loa eruption has triggered an ashfall advisory for Hawaii Island.

Officials urge those with respiratory sensitivities to take extra precautions to minimize exposure.

At this time, no evacuations have been issued.

But Hawaii County opened shelters, in Ka’u at the Robert Herkes Gymnasium in Pahala, and at the Old Airport Gymnasium (Kailua Park) in Kailua-Kona after reports that residents were self-evacuating from the South Kona coast.

Mauna Loa erupts; no immediate threat to nearby communities