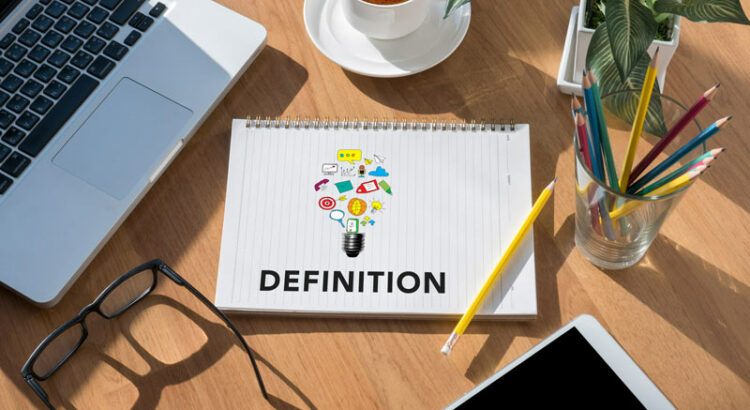 An airdrop is a free distribution of cryptocurrency coins, tokens, or NFTs to multiple wallet addresses. Some NFT projects may distribute complimentary companion NFTs to original NFT collectors as a thank you. It can also be utilized as a marketing tactic to attract attention and new followers for NFT/crypto-related projects.

The acronym AMA stands for “ask me anything,” and it is used by persons who want to offer themselves up to the public for a question-and-answer session. Many NFT initiatives offer live AMA sections on a regular basis to keep their NFT holders engaged.

A bot is a piece of automated software that performs a certain task. To handle trades and execute transactions on behalf of human investors, and to provide a variety of Discord server customizations, such as answering frequently asked questions, offering mini-games to their communities, and spewing forth memes on a daily basis, to name a few examples.

BTFD stands for “buy the fxxxxxx dips,” while BTD stands for “buy the dips.” It refers to buying an asset after its price has plummeted, which is usually regarded as a good deal because the item is anticipated to recover and improve in value over time following the short-term correction.

Autonomous Decentralized Organization DAOs aren’t run by a single person or organization. Each DAO’s rules and governance are written in smart contracts on the blockchain and cannot be modified until the members of the DAO decide to do so. More and more current NFT/ Metaverse projects are establishing DAO treasuries, in which funds are collected via NFT sales and holders can select how to spend the treasury and the future project direction, among other things. One of the examples is the Decentraland DAO.

Unlike traditional banking or CeFi (centralized finance), where a bank or firm controls your money, DeFi stands for “decentralized finance.” No one else has access to DeFi but you. Smart contracts automate DeFi, and both cryptocurrencies and dApps play essential roles.

Degen is short for “degenerate,” and it usually refers to persons who make dangerous and unwise bets on a regular basis. It can refer to persons who engage in digital assets like NFTs without conducting due diligence in the crypto industry.

It refers to the act of removing an NFT from the open market for sale.

The term “developers” is abbreviated as “devs.” The creators of a crypto or NFT project are referred to as “developers.”

Diamond Hands is a term used to describe someone who has a high risk tolerance and invests in high volatility assets. It first appeared in the /r/WallStreetBets subreddit of the forum website Reddit, where it has been used since 2018. Diamond Hands do not sell their assets in a panic, regardless of whether their value has decreased or increased. There’s also a negative definition of “Diamond Hands,” which refers to an obstinate investor who refuses to sell an asset despite its declining worth.

For NFTs and gamers, Discord is one of the most popular social media networks. The majority of NFT projects have their own Discord channels to keep the community active and updated about new project developments.

The acronym DYOR stands for “do your own research.” Before investing in any asset, it’s always a good idea to DYOR! “Last night, I got into this new NFT project, and I think it has a lot of potential.” DYOR, on the other hand.”

The term “flipping” refers to the practice of purchasing products at a low cost and swiftly selling them for a profit. In the NFT market, flipping is becoming more prevalent, when people acquire and sell NFTs for a quick profit, especially during the early stages of projects when demand is stronger.

The lowest price indicated for an NFT project is referred to as the “floor price.” It doesn’t imply you should constantly buy NFTs at floor pricing because most of them are lower in rarity; nonetheless, it is a decent starting place for new joiners for the project. You can learn more about NFT Investing here, by the way.

It refers to a person or a group of people who are constantly purchasing NFTs at the lowest price. On many NFT project Discord channels, you can often hear people yelling “sweep the floor!” to encourage community members to buy NFTs at the floor price in order to boost the project’s floor price.

FOMO stands for “fear of missing out,” and it refers to people (particularly newcomers to the market) who rush into buying an asset because they see a lot of other people doing so/talking about it, without completing much due diligence. As intelligent investors, however, we must constantly avoid FOMO and keep our cool before making any investments.

Fear, Uncertainty, and Doubt (FUD) is an acronym for “fear, uncertainty, and doubt.” When the price of a coin/NFT project drops, or when there is some form of unfavorable news or rumours, FUD is frequent. When there is a lot of fear and uncertainty, people tend to sell their assets in a frenzy. Being analytical and a little skeptical is vital for making the best investment selections; however, allowing your emotions to take over is not a good idea, since many people make the worst investment judgments when they invest emotionally.

The cost we must pay to the blockchain network for all types of transactions is known as gas. To compensate for the computer resources necessary to process and validate transactions, the fee is paid to the “miners” of a blockchain network. High gas prices are typical when there is a lot of demand on the network, such as at the start of a new NFT project’s minting process. Because of its popularity, Ethereum’s gas fees can be absurdly expensive due to the tremendous demand, and most Crypto/NFT projects are based on the Ethereum blockchain. Ethereum 2.0, which is expected to arrive in 2022, is expected to deliver significantly lower gas expenses.

Gwei is also known as nanoether, or simply nano, which refers to the ninth power of the fractional ETH (i.e. 0.000000001 ETH), the Ethereum native currency. For the current Ethereum gas price, which is measured in Gwei, you can download a browser extension.

You’ve probably heard of this one. HODL- “hold on for dear life” refers to the practice of holding an asset for an extended period of time, regardless of price. Fun fact: HODL is derived from a serendipitous error on an early Bitcoin forum in 2013, which was misinterpreted as an acronym by readers and has since become extensively used.

The physical environment in which we live is referred to as “in real life.” In contrast to the virtual world.

“Let’s F**** Go!” says the narrator. When someone is ecstatic about something, they use it. “The NFT project I invested in yesterday night’s floor price has already doubled this morning.” LFG!”

In NFT collections, rarity plays a significant role. When people remark “it appears rare,” they are actually saying “it doesn’t look rare,” which is ironic.

The word “mint” means “to generate for the first time.” Minting is the process of creating a new NFT in the NFT world.

It refers to the Twitter or Discord channel moderators. The role of moderators in these places is to maintain a healthy, lively, and instructive community experience.

In the crypto/NFT world, I’m sure you’ve heard folks shout “To the moon!” a lot. When a coin’s/price NFT’s soars to the moon, it signifies it has skyrocketed in value.

When something is “mooning,” it signifies that the price of a coin/NFT has risen dramatically.

“Not financial advice” is abbreviated as “non-financial advice.” “I think this crypto gaming token has a lot of promise, therefore I’m going to acquire some today.” “However, NFA.”

Short for “not going to make it,” the polar opposite of GMI. People who make poor trading selections are referred to as “bad traders.”

It’s the polar opposite of diamond hands, which refers to someone who is jittery and sells or flips their position too fast rather than holding it for the long haul. It originated on the forum website Reddit under the /r/WallStreetBets subreddit, just like the term “diamond hands.”

“Profile photo” is abbreviated as “profile picture.” Many members in the NFT community like displaying their NFTs as PFP on various social media platforms.

To gain games, you must play. Games based on the blockchain that reward players with tokens.

Raids are short-term campaigns run on Twitter or other social media sites. Raids are a popular approach for some NFT projects to keep the community engaged and promote their NFTs.

Many NFT collections now have a “delayed reveal” option, which means you won’t be able to view how your jpegs appear or check their rarity until the official reveal day. That’s why you’ll often see a lot of individuals in the NFT community asking “Wen unveil?” before the big reveal (even if that question has been answered a thousand times), which is natural given that the uncertainty causes a lot of anxiety in people!

A rug pull, unlike a fraud, occurs when the team behind a crypto/NFT initiative abandons the project and flees with investors’ assets. Unfortunately, this occurs frequently due to the crypto world’s lax standards. To avoid potential rug pulls, keep an eye out for red flags in various crypto/NFT projects.

An NFT can be sold or bought on the secondary market, such as OpenSea, once it has been coined.

As a marketing approach, NFT shilling is when someone promotes an NFT initiative on social media. On the Discord servers for various NFT projects, there are frequently “shilling” channels where members of the community can post links to their NFTs or other NFT projects they believe have potential so that they can be viewed and potentially purchased.

A cryptocurrency that is linked to a fiat currency is known as a pegged cryptocurrency. A stable coin tracks the underlying asset (for example, the US dollar), ensuring that its value remains steady throughout time. USDC, USDT, and DAI are three popular stablecoins. Some investors prefer to lend out their stablecoins since the interest rates are frequently higher than those offered by regular savings accounts.

It’s a shorthand for “we’re all going to make it,” and it’s used in the same way as GMI to represent the future state when our investments provide incredible returns.

Someone with a multi-million dollar portfolio or an NFT collection with a large number of NFTs. Many individuals are keeping an eye on whales’ wallets to see what they buy and sell next as a predictor of their future financial decisions.

It’s an acronym for “you only live once,” conveying the belief that one should focus on the present rather than the future. It’s also the mindset of some investors who are willing to make extremely dangerous investment selections without giving it much thought. If you ask me, having a YOLO investing mentality is not a sensible move. “Last night, I YOLOed my entire funds on one NFT.”